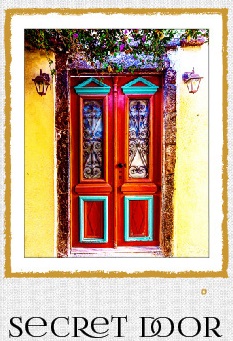 Hirondelle Vineyard 2021 Cabernet Sauvignon coming in!
Our good friends in Korea are doing a beautiful job presenting our wines!
2021 Harvest has begun.
Beautifully presented. #secretdoorwinery .
PICKING DAY! 2021 SAGE RIDGE VINEYARD Coyote Lookout, Sage Crown and Flat Tire coming in. #cabernetsauvignon #secretdoorwinery
Days away from harvest at Sage Ridge Vineyard! @dr_mosaicdan @drpinot
After almost 3 years we were able to get together again. Kim Olson and Donald Patz old High School buddies enjoying a glass of 2019 vintage #sageridgevineyard #napavalley #cabernetsauvignon - - oh, and his Kim’s daughter Jenna Olson is getting married this weekend in the Napa Valley.
With a little help from my friends… Cabernet Classic 2021
As usual an unparalleled description…
Fantastic pictures! ❤️❤️❤️..
Thank you for the beautiful picture!
gq_unit had a nice wine on her birthday! 2014 SECRET DOOR Napa Valley Cabernet Sauvignon - That’s the way you do it 🍷🍷🍷🍷🍷

The 2014 vintage Secret Door Napa Valley Cabernet Sauvignon was purchased in barrel from an unnamed winery who initially intended it as their primary $300/bottle wine. We don’t really know why they changed their mind, but it is not because the wines lacked the quality to stand in that elite group. Secret Door took over the wine while in barrel and finished it. The proof of this is in the bottle and sneak preview tastes with Cabernet Sauvignon lovers have been nothing less than sensational. The true sources and story behind the wine will have to (by NDA contract) remain… SECRET. It seemed like the perfect kind of way to start a winery called – SECRET DOOR. Look for more specific tasting notes and information on the two 2017 vintage wines later in 2018.